Will Lebanon Get High-Speed Internet?

At a time when we, in Lebanon, are still trying to convince each other about the importance of having high-speed internet and about the positive implications it has on the economy. Canada declared that high-speed internet is a necessity for the quality of life and has set the following targets for the basic telecom services:

Although more than 82% of Canadians have access to 50Mbps/download and 10Mbps/upload, the project aims at getting all of the Canadians, especially those living in rural areas connected and up to speed.

In another corner of the world, Google is giving people free Wifi at 100 of the busiest train stations in India, connecting more than 5 million users monthly. Google worked with state-run ISP RailTel whose fiber optic cable runs alongside the railway tracks.

So, What is Our Situation Today?
In Lebanon, we are not even close to an acceptable situation. The current obsolete and deteriorating internet infrastructure is making us unable to compete with the rest of the world on both personal and professional levels. In two words, our internet is expensive and useless.

The average internet speed in Lebanon is 1.8Mb/s, one of the lowest in the world. War-torn Iraq’s average is 3.7Mb/s while South Korea has the best average with 26.7Mb/s.

Facts and Figures:
In Lebanon, around 76% of the overall population are online. In total have around 4,5M Internet users, 3.1M Facebook subscribers (according to IWS), and 2.5M Mobile Internet Users (early 2016)

If we look at the internet milestones in Lebanon, we notice that:
0.06Mb/s dial-up was introduced back in 1997, 0.5-2Mb/s ADSL was introduced back in 2007 with an update to ADSL2+/HDSL in 2009. Since then, no technological breakthrough, as by now, we should have been operating on 10-100Mb/s FTTX. Unfortunately, we are still running on the same archaic infrastructure of 2007.

How does it Work?

To simplify things, to access the internet, we are either connected via the fixed or mobile network.

Fixed Network:
You’re on a fixed network when you are connected at home, the office, in a coffee shop or any other location that is providing internet via Ogero directly or indirectly via any other ISP or cable Internet provider.

But, what good is a network if it is not used. A good part of the work is done and Lebanon is connected to the world via the IMEWE submarine cable since 2011, in turn, it inter-connects around 308 Ogero Central Offices (CO)s via fiber optics through the three international exchanges in Beirut, Jdeideh, and Tripoli.

Today most of Lebanon, with the exception of large institutions, banks, hospitals, police and the army, is still connected via the obsolete copper cables. Unlike fiber, copper loses the quality of its delivery with distance. Technically anyone living at a radius bigger than 2KM cannot get a connection greater than 2Mbps which is the case of most Lebanese.

Every once in a while a 5 year/$1B plan rolls out to upgrade the infrastructure but never sees the light of day. Today, we cannot wait 5 more years. We cannot afford to wait 6 months. Every day goes by affects the economy in a negative way.

Mobile Network:
The state of mobile is better than fixed and it can be improved in a much faster way. Coverage is still poor in many areas, data bundles and quotas are small and insufficient, expensive monthly bills, subscriptions and data packages as well as ridiculous overage charges.

As an example, most US carriers’ overage penalty is $15 per GB, Lebanese carriers are charging around $71 per GB (for the up to 10GB plans). Another example of competitive bundles is MetroPCS in the USA, for $60 you get Unlimited everything (Talk, Text, Data 4G LTE)

Today, we receive more calls / voice-notes on our smartphones via WhatsApp, Viber, FaceTime and Skype than traditional voice. The problem with the current data packages is that they don’t meet today’s needs. Quotas should be upgraded more regularly to meet the consumption requirement.

Even though 4.5G is rolling soon with speeds reaching 300Mb/s, improvement will not be felt before the installation of new sites to better cover the whole country with voice and data.

In my opinion, privatization is the only solution, the operators’ hands are tied and cannot be more competitive, as they are closely managed by the ministry and almost running like any other public entity.

The Future is Data: 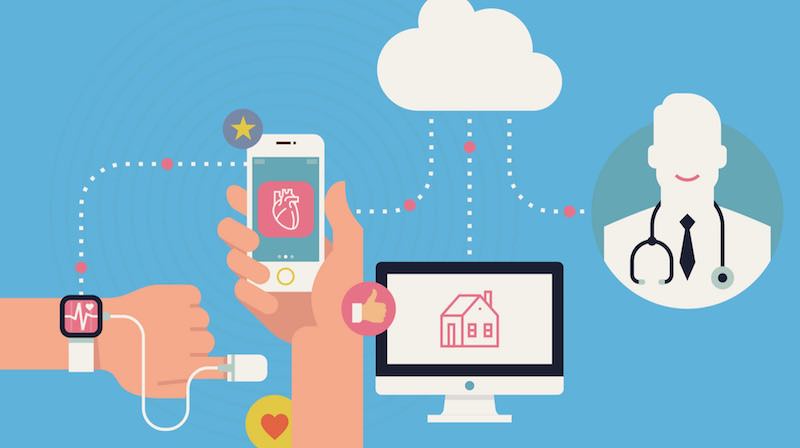 5G is not just an internet connection but rather new sets of services and opportunities. Many current and future businesses will depend on connectivity, specifically mobile connectivity to work, agritech, fleet control, deliveries, mobile payments, robo-taxis, cloud-based services, voice and video calls and conferencing, real-time content, banking and financial services, retail etc.

The Central Bank of Lebanon created a positive initiative (BDL Circular 331) that made available more than $400M to the Lebanon’s startup ecosystem and the knowledge economy. This effort allows the young generation of entrepreneurs, coders, designers, scientists and visionaries to pursue their passion and try to make it in Lebanon and the world.

This beautiful initiative if not matched by a solid infrastructure and high-speed internet will not give the desired results.

High-speed Internet by the end of 2017?
Today, we are starting to notice a change in major public offices and government; we sure want to see things move a lot faster. Prime Minister Saad Hariri promised to drastically improve the internet situation in a short amount of time.

Let’s just hope an action plan and a roadmap will be shared with the public, and not just virtual promises and tweets.

Are We Becoming Unethical on Social Media?

Sony PS5: A Stormtrooper In Your Living Room

Experience Is The New Marketing

They Died Because of You…

No.. This Is Not Our Destiny!

This error message is only visible to WordPress admins